There are many types of tests performed to ensure the pipe integrity like Hdyro test, Holiday test, continuity test, visual inspection etc

Why is a welding hardness test required?

Basically the reason behind the welding hardness test is that if the welding piece and welding material are not the same specification, in some cases it will be different from weld piece material. During the welding process high heat was generated and might have changed the metal properties to its surroundings. At the weld joint of both end parts could be crack, delamination that makes joints brittle. If brittle joints occur surrounding metal weeks. This area is categorized as the high heat affected zone.

By using metallographic analysis experimentally, we can determine the width and depth of the fusion zone and heat affected zone(HAZ). But it is also possible to calculate the theoretical temperature field also with the help of Rosenthal´s approach. This is a straightforward method but Rosenthal´s equations are based upon a point or line heat source. We can use a distributed heat source (double ellipsoidal), with Green function method combined with numerical integration over time for calculation of temperature fields and by the result received, it might be possible to calculate the fusion zone (FZ) and heat affected zone HAZ parameters.

By using metallographic study it is possible to experimentally decide the width and depth of the fusion zone and heat affected zone. But I want to calculate it or determine it from theoretical calculations of the temperature field. As we know, using Rosenthal´s approach is a simple. But Rosenthal ́s equations are depended upon point or line heat source and we use a spread heat source (double ellipsoidal), with the Green function method addition with numerical integration over time to calculate temperature fields. Once I got this, how can I calculate the fusion zone (FZ) and heat affected zone (HAZ) parameters?

A hardness test is commonly carried out by pressing a particular dimensioned loaded object (indenter) into the surface of the test piece which you are testing, and measuring the impact of the indenter. The hardness is determined by measuring the depth of indenter penetration by measuring the size of the impression left by an indenter equipment.

Types of Hardness test  for welding

There are several techniques used for hardness tests, but all are based on the principle of standard load apply with the help of indebted and measure the impact of the indentation nowadays portable type hardness testing machines also use. Most common types of  hardness testers are.

Vicker’s Diamond test uses a square pyramid shaped diamond indenter with load up to 1 kg to 100kg. Impression of indentation of vicker is smaller than the brinell test so it can also be for a smaller impression area as well. and possible to carry out the survey surrounding the weld joints. Surface should be flat and perpendicular to the indenter for small impressions and should have at least 300 grit finishes or better than that. 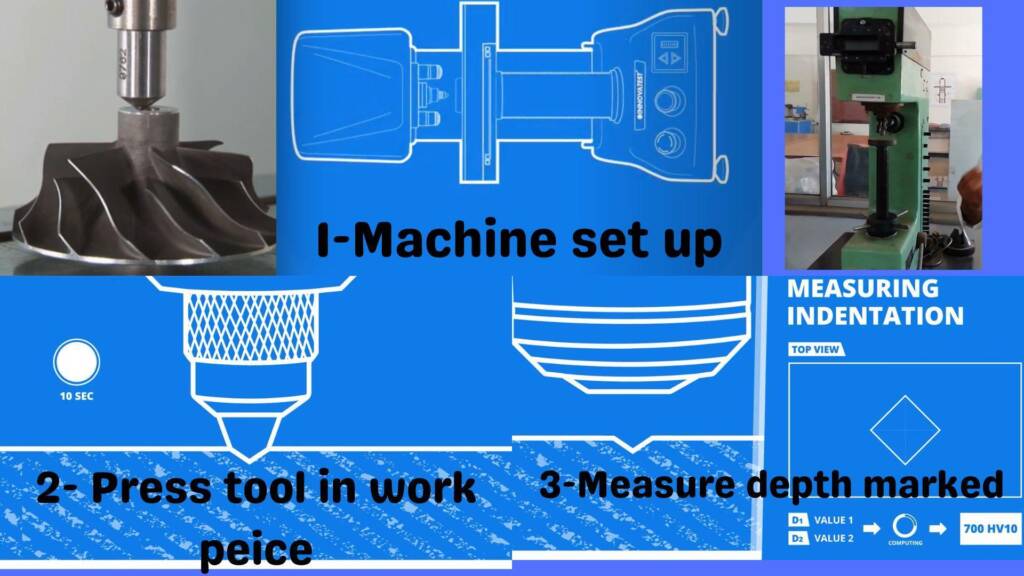 It is a most common type of hardness testing method in which an indenter is pressed into the metal test piece using a defined load for a defined amount of time. Generally the Brinell test uses a 3 ton load. In the Brinell tests indenter is typically 1 centimeter, hardened steel ball. However other indenters, like .5 centimeter hardened steel ball and the 1centimeter tungsten carbide ball are also used. The two diagonals of the indentation or impact created by the indentor are measured and converted into a Brinell Hardness Number (BHN). 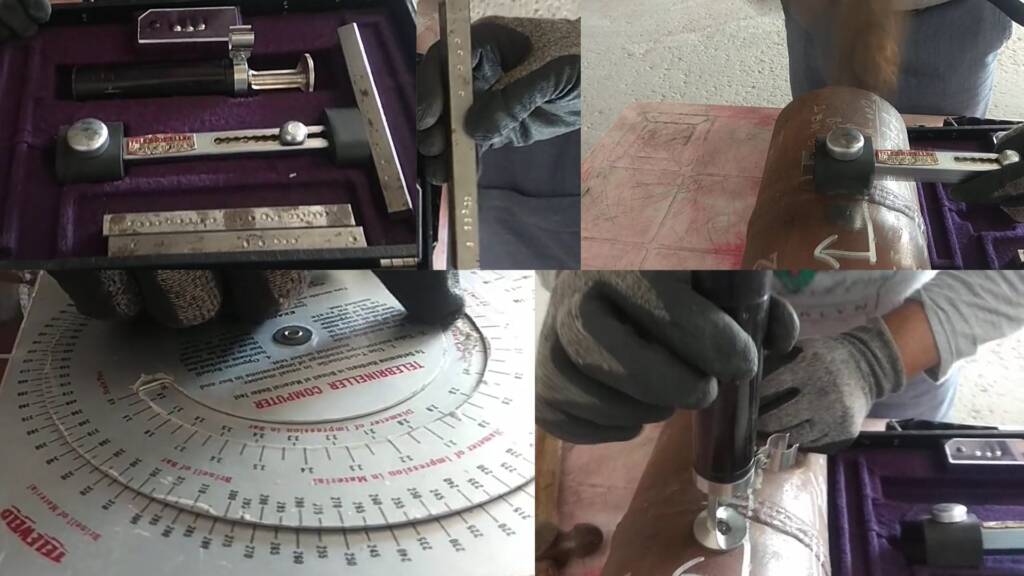 Clemex hardness testing is a fully Automatic Microhardness test machine. It is the most practical, strong true Automatic Micro Hardness Tester nowadays. That can make the depth measurement or hardness profile automatic so achieved throughput and accuracy. This system transportation is easy to shift location and the accuracy is less than 1 micro. Due to auto function it indents on the test piece then make auto-focus and measure the indent and draw the hardness graph and based on the cut off value calculates the case depth value.

There are some articles mentioned below which you can also read.

What is a gasket? The gasket is a sealing material that is used to seal the space between two or more connecting flanges. The gasket…

LOTO (Lockout-Tagout) Lockout-Tagout system is mostly use in industries for safety of work men. In the LOTO system each department have self-color lock to isolate…